The Association is a public organization that aims to protect human rights and defend the
interests of the Indigenous small-numbered Peoples of the North, Siberia and Far East of the Russian Federation, to contribute to the solution of social and economic problems, environmental protection, cultural development and education. The Association works to ensure the rights to protect the native habitat and traditional way of life of the small-numbered peoples of the North, as well as to ensure their right to self-government in accordance with national and international legal standards.

The RAIPON unites 40 Indigenous Peoples, whose number, according to the All-Russian Population Census of 2010, is 257,895 people who are organized into 33 regional and ethnic associations and authoritatively represents these peoples on the international and federal levels.

The highest body of the Association is the Congress, which convenes every fourth year. In the period between Congresses, the current work of the organization is managed by a Coordinating Council and a Presidium consisting of the President, First Vice-President and Vice-Presidents of the Association. The President of the Association is elected on the Congress by secret ballot on an alternative basis. All regional leaders of regional and ethnic associations, elected by their Indigenous Peoples groups in the regions, are members of the Coordinating Council.

The Association maintains close links with its regional branches, coordinates their activities to implement the decisions of the governing bodies of the Association, and provides whatever assistance it can. The Coordinating Council brings it up for discussion of controversial issues and unresolved issues in the field of human rights, environmental protection, preservation of traditional lifestyles, culture and native habitat. Council has meetings at least twice a year to discuss current work. The Association organizes special events for its members, promotes international exchange and cooperation, and provides all possible assistance to the Indigenous small-numbered Peoples of the North.

The RAIPON, in cooperation with the Chambers of the Federal Assembly of the Russian Federation, the Government and the Administration of the President of the Russian Federation, federal and regional ministries and departments, participates in the work on legislation designed to ensure the rights of Indigenous Peoples, the preservation of their traditional way of life and the development of the economy. The Association's practice of partnership with relevant ministries, committees of the State Duma and the Federation Council of the Federal Assembly of the Russian Federation and presidential plenipotentiaries in federal districts is based on the conclusion of cooperation agreements and joint events at the federal and regional levels.

The Association is a Permanent Member of the Arctic Council, established by 8 Arctic countries: Norway, Denmark, Sweden, Finland, Iceland, Canada, the United States, and Russia. The Association&#39;s experts take part in various working groups and programs of the Arctic Council. The Association has observer status in the Governing Council of the United Nations Environment Programme (UNEP Governing Council / Global Ministerial Environment Forum).

The Association has observer status with the Committee on Intellectual Property and Genetic Resources, Traditional Knowledge and Culture of the World Intellectual Property Organization. In 1999, the Association was awarded the prestigious international award of the UN Environment Program &quot;Global 500&quot; for outstanding services to the protection of the nature of the Russian North. 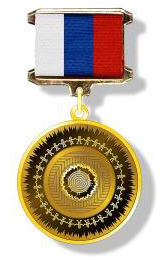 Medal 'For Loyalty to the North' 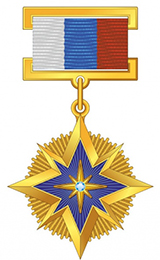 Old version of the site